Some workplaces encourage employees to donate blood as an act of charity. But six workers at MSCHF, a quirky company based in Brooklyn that’s known for products like toaster-shaped bath bombs and rubber-chicken bongs, offered their blood for a new line of shoes. 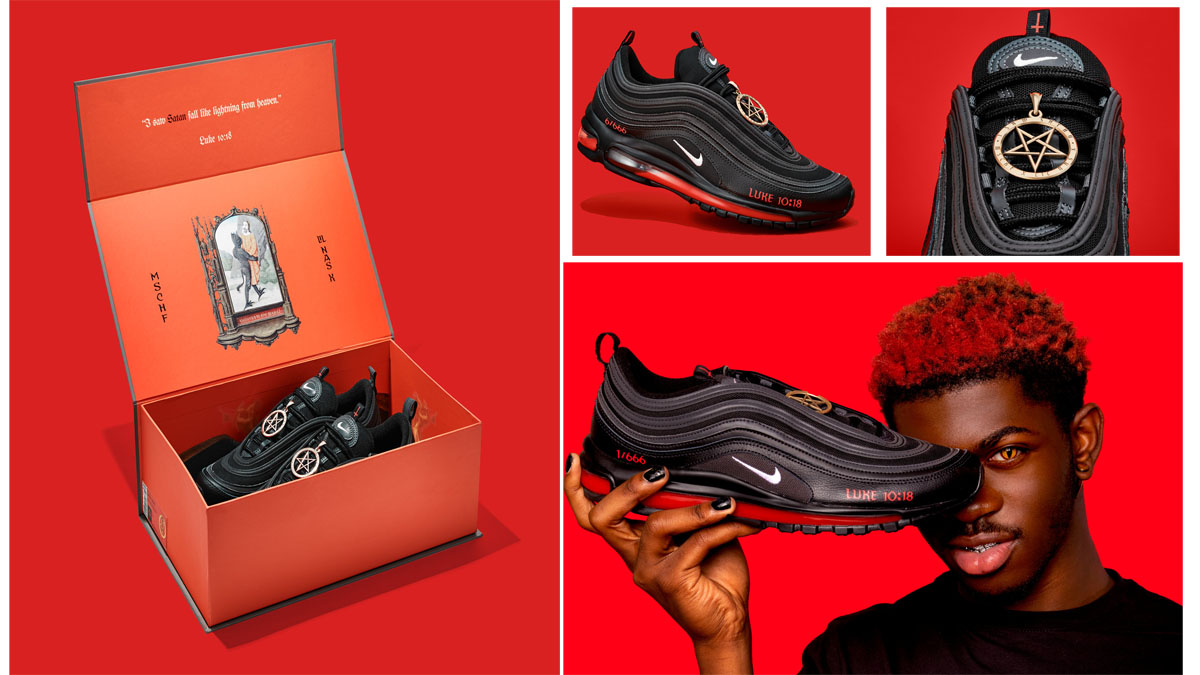 “‘Sacrificed’ is just a cool word — it was just the MSCHF team that gave the blood,” one of MSCHF’s founders, Daniel Greenberg, said in an email on Sunday. (Asked who collected the blood, Mr. Greenberg replied, “Uhhhhhh yeah hahah not medical professionals we did it ourselves lol.”)
A drop of blood is mixed in with ink that fills an air bubble in the sneaker, a Nike Air Max 97, Mr. Greenberg said. 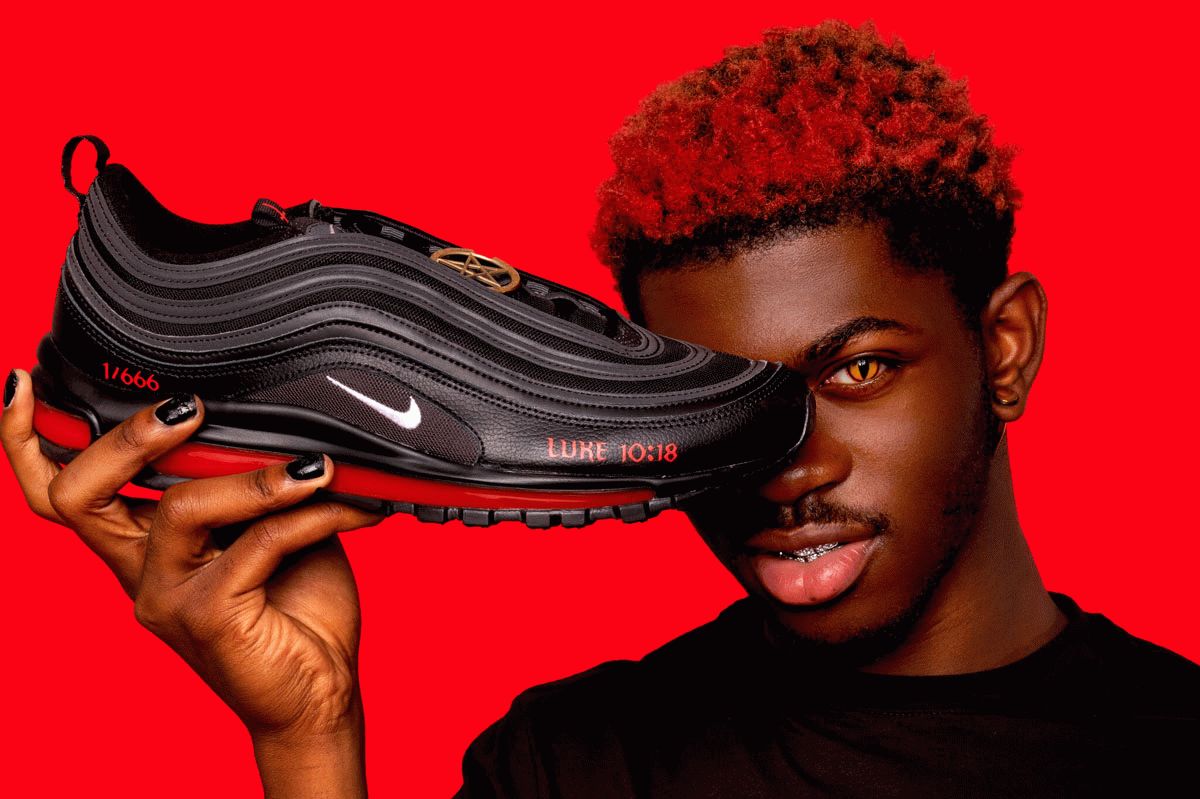 “Not much blood, actually” was collected, he said, adding, “About six of us on the team gave.”
MSCHF will sell 666 pairs of the shoes — each pair will cost $1,018 — starting on Monday as a follow-up to a line of Jesus Shoes, which contained holy water.
Mr. Greenberg noted that Nike was not involved in the process “in any capacity.”
In a statement, Nike said: “We do not have a relationship with Little Nas X or MSCHF. Nike did not design or release these shoes, and we do not endorse them.” 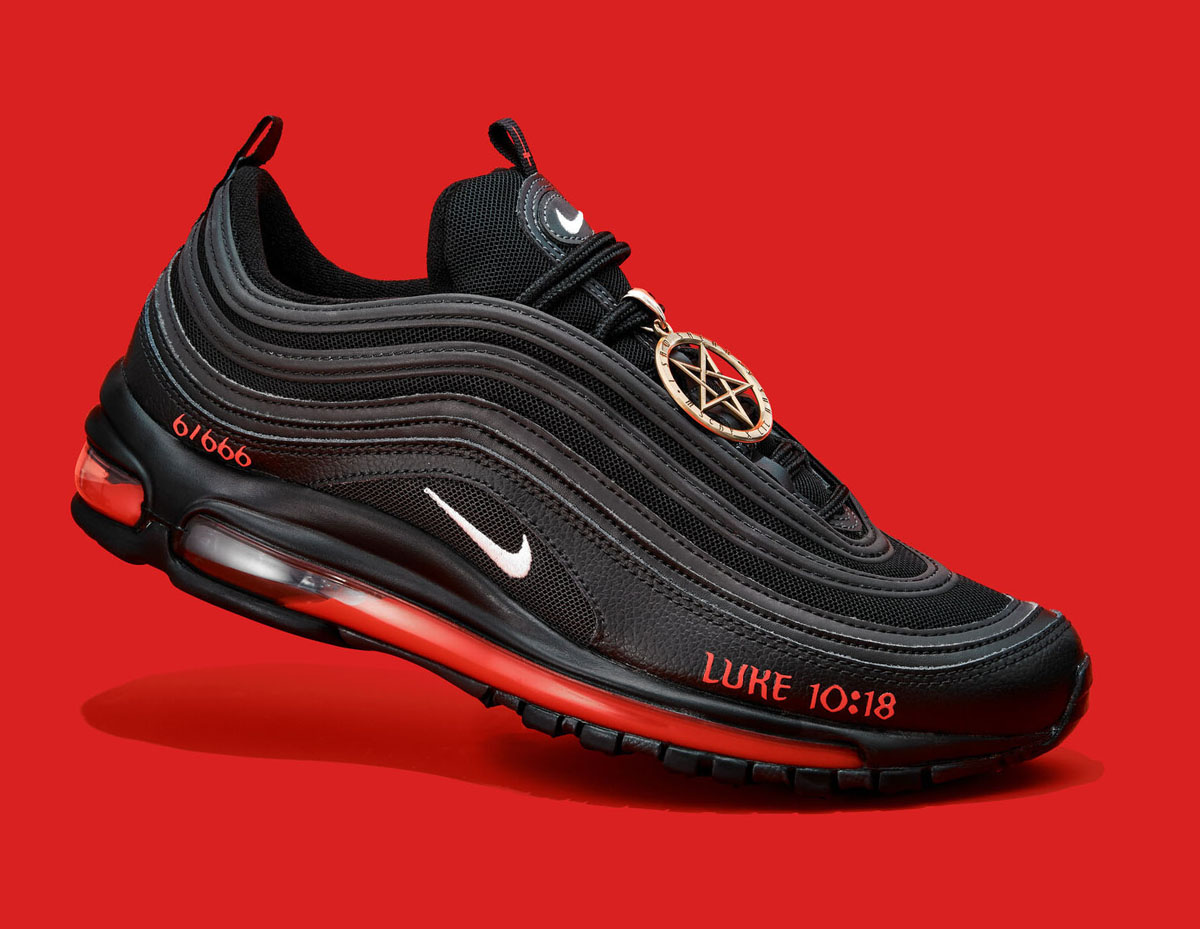 The Consumer Product Safety Commission did not immediately respond to a request for comment on Sunday about whether there were concerns or legal issues about the sale of the shoes.

“If we can make people a fan of the brand and not the product, we can do whatever” we want, Mr. Greenberg told the news website Insider last year. “We build what we want. We don’t care.”
The Satan Shoes are a collaboration between MSCHF and the rapper Lil Nas X, following the release of a devil-themed music video for his song “Montero (Call Me by Your Name)” in which he gyrates on Satan’s lap.

In the song, Lil Nas X, who was born Montero Lamar Hill, “cheerfully rejoices in lust as a gay man,” wrote Jon Pareles, the chief music critic for The New York Times.

Lil Nas X came out in 2019, and the song’s title is an apparent reference to “Call Me by Your Name,” a novel about a clandestine summer romance between two men that was adapted into a film.

The shoes are affixed with a bronze, pentagram-shaped charm and have “Luke 10:18” — a reference to the biblical passage that says, “I saw Satan fall like lightning from heaven” — printed on them.

Sarcastically responding to the uproar on social media about the shoes, Lil Nas X posted a video on YouTube on Sunday titled “Lil Nas X Apologizes for Satan Shoe” — but what appears to be an apology cuts to the sexually charged scene with Satan from the music video.

Among those criticizing the shoes was Gov. Kristi Noem of South Dakota. Ms. Noem, a Republican, wrote on Twitter that it was wrong for children to be told that the shoes were exclusive. 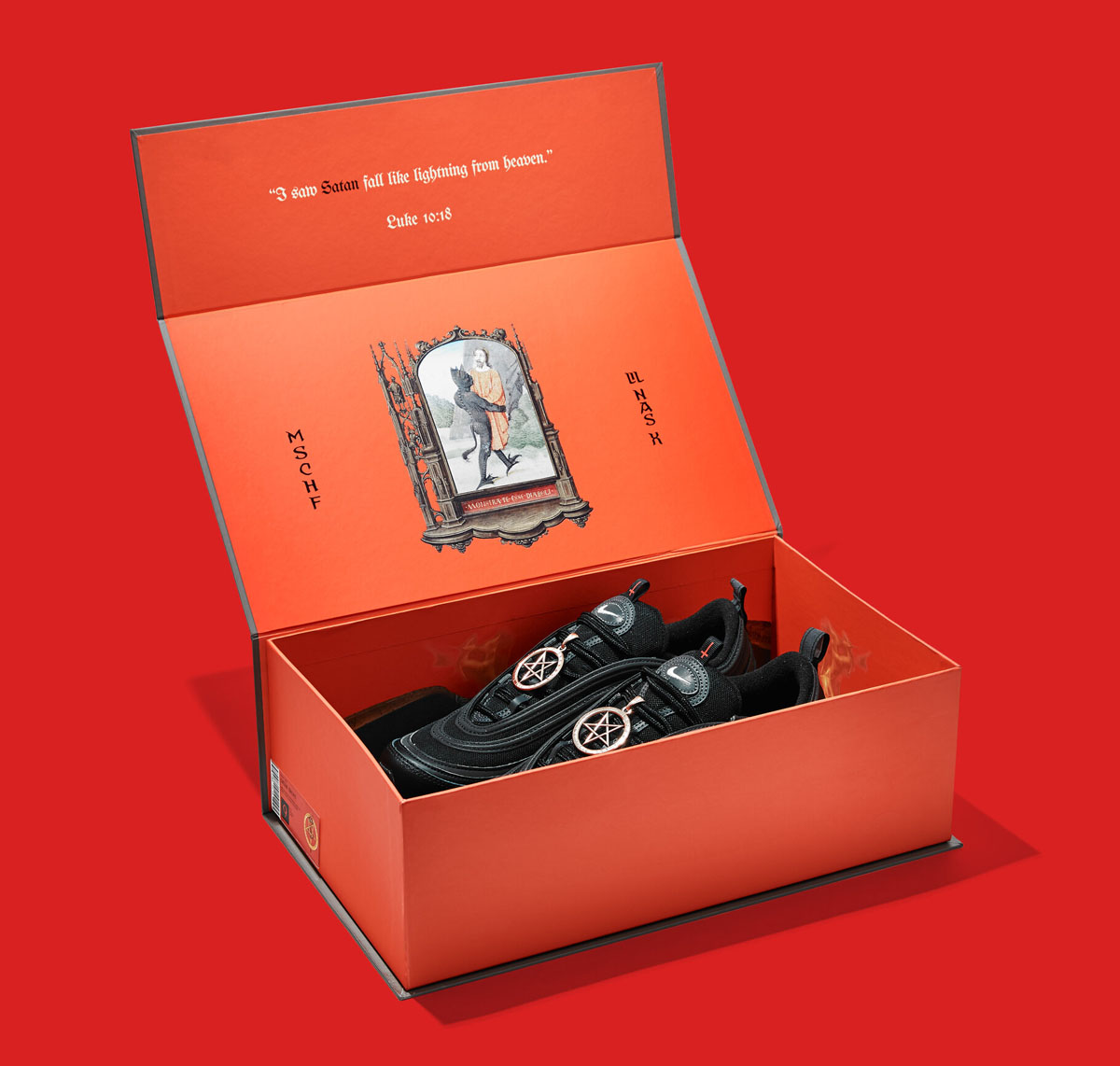 Lil Nas X was quick to respond: “ur a whole governor and u on here tweeting about some damn shoes. do ur job!” Ms. Noem replied with a quotation from the Bible: “What good will it be for someone to gain the whole world, yet forfeit their soul?”
Stephen J. Hoch, a professor of marketing at the University of Pennsylvania, said MSCHF was “smart” to make only 666. “They won’t be stuck with too much unsold inventory,” he said.
“It is totally a gimmick, and not a very good one at that,” he added. “And the price is ridiculous.”

The Jesus Shoes sold out, and the new ones most likely will, too. Making limited quantities of streetwear — sold in “drops” — contributes to the hype over products as well as to high prices on the resale market.
The value of many collectibles, like coffee tables, Nike Air Jordan shoes and whiskey, has soared during the pandemic.
At least the shoes are tangible: A piece of art that exists only digitally, verified as the only one in the world by an N.F.T., or nonfungible token, sold for more than $69 million this month.

A pair of the Satan Shoes is unlikely to fetch such a price on the resale market. But the blood and other satanic elements are “definitely a unique marketing strategy,” said Barbara E. Kahn, another marketing professor at the University of Pennsylvania.

She said the strategy would “clearly only appeal to a niche market segment, but it might especially appeal to that segment.”

On Twitter on Thursday, Lil Nas X wrote to “14-year-old Montero” that the song “Montero (Call Me by Your Name)” was “about a guy I met last summer.”