Designed by Wilson Smith, worn by Scottie Pippen, the Nike Air More Uptempo – known for boasting large “AIR” branding on the lateral and medial sides – is one of the boldest basketball sneakers ever. Iconic streetwear brand Supreme is revered in a similar manner, thanks to over 20 years of delivering culturally relevant goods created in-house and via collaborations. Words collide in this 2017 example of the latter – a sneaker collab that’s known as the “Suptempo.” The house that James Jebbia built put its spin on the Air More Uptempo, replacing the “AIR” messaging with “SUPREME” in the patented bold lettering that wraps around the heel. This Black option features a premium suede upper. The Supreme lettering appears in a supple leather, which features glow in the dark trimming in white; the midsole is also black. A white Swoosh covers the toe and tongue. The lace tips feature the words “World” and “Famous.” 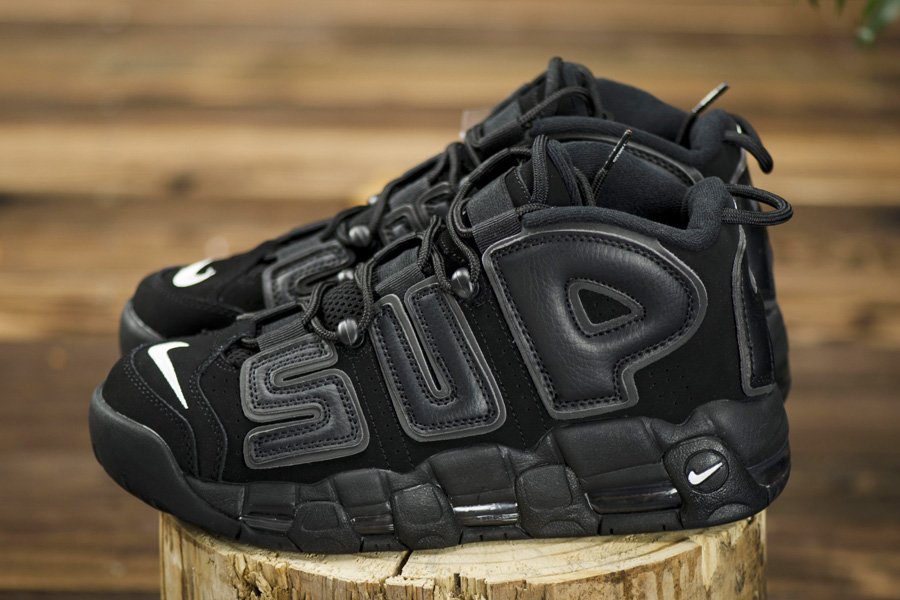