LeBron James’ high-flying alter ego “Dunkman” dates back as far as his signature shoe line, with the moniker and accompanying motif dating way back to his first-ever regular-season game against the Sacramento Kings back in 2003. The fast-break, single-handed flush became the King’s signature finish, establishing itself notoriety in the league – and also with his endorsement deal with Nike. It has played a bit-part in LeBron’s signature line and apparel for as far back as one can remember, attached to countless electric green-themed Player Exclusives and general releases, too. Though it’s not as potent as it once was – evident in its notable omission over the last half-decade or more – it looks to return on this Nike LeBron 18 Dunkman for 2021 – and it’s dropping this month.

The “Dunkman” alter ego dates all the way back to 2003, The Chosen One’s rookie season, where he was captured gliding through the air for a one-hand-cocked-back slam dunk in his debut game against the Sacramento Kings. Since then, the Nike team has oft-used this alter ego as a theme and applied it to a barrage of his shoes such as the LeBron 9, LeBron 10, LeBron 11 and more. After taking a breather from arriving on recent silhouettes, its thematics have returned in its classic black and green schemes on the LeBron 18.

Knitposite 2.0 uppers are draped with a stark black background, and contrasted with “Electric Green” hits that disperse to the Swoosh branding, lion eyes down the throat, heel tabs and throughout the base layer all-over in polka dot fashion.

The sole unit delivers an even more vibrant allure as its treading and rear Air bubble are also tinted with an “Electric Green” hue. To keep the tradition going, the “Dunkman” shadow is printed in oversized fashion across the bottom of the forefoot. 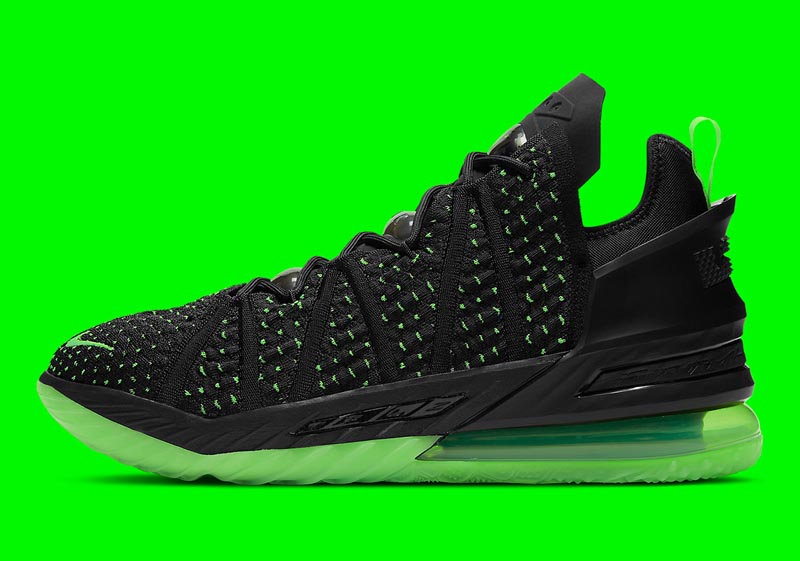 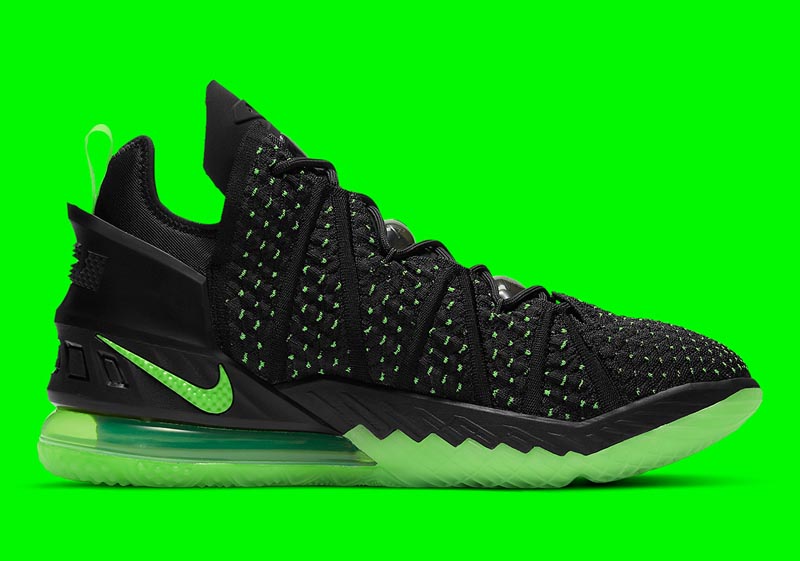 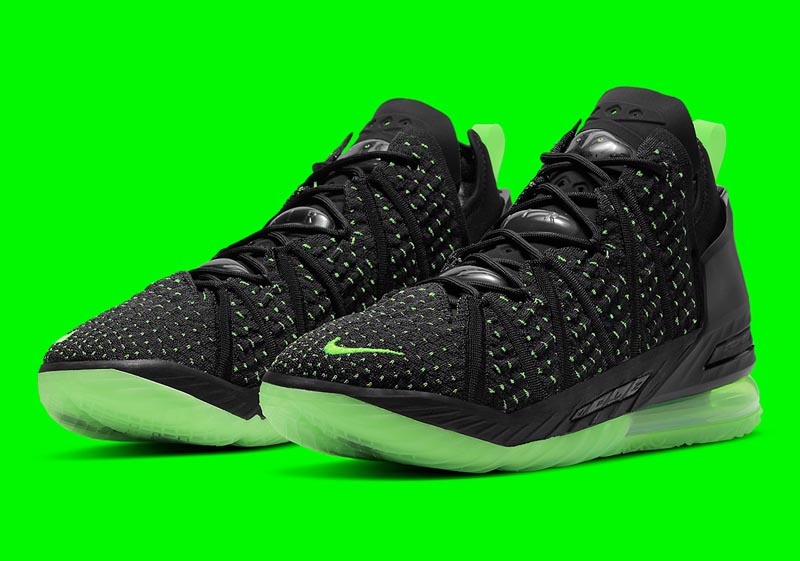 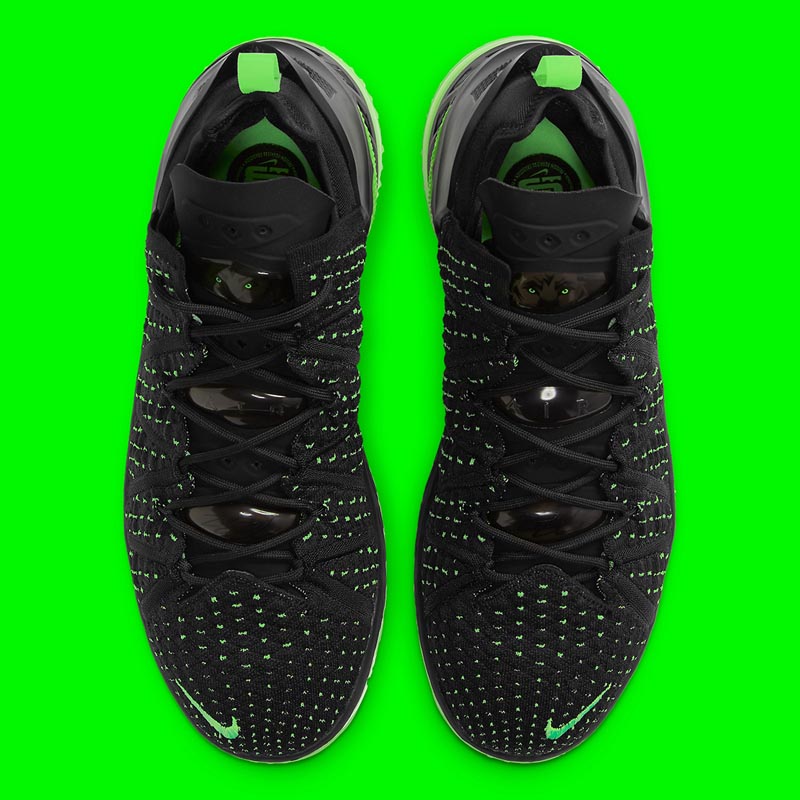 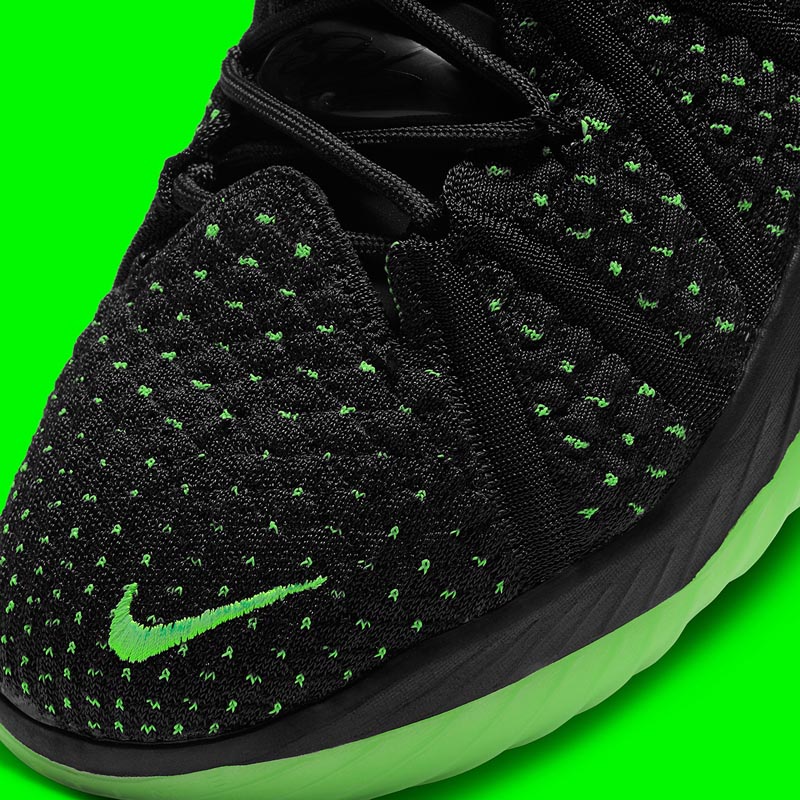 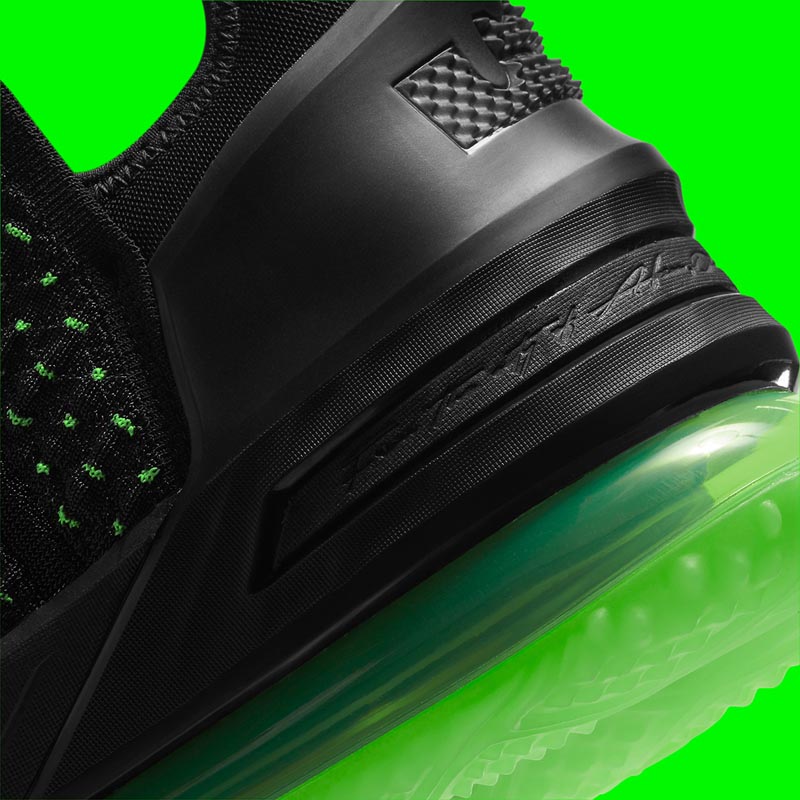 Be on the lookout for this pair to release via at BuyTheSole.com.