Dressed in its OG colorway. This Nike LeBron Soldier 12 is a nod to when LeBron James torched the Detroit Pistons for 48 points in Game 5 of the 2007 Eastern Conference Finals, which included King James scoring the Cavs’ final 25 points in a 109-107 victory. With the win, James’ would go on to win the series and advance for his first NBA Finals appearance.

It features a White upper with Navy detailing and luxurious hits of Gold on the “LJ23” logo, outlining the Nike Swoosh and speckling on the sole. 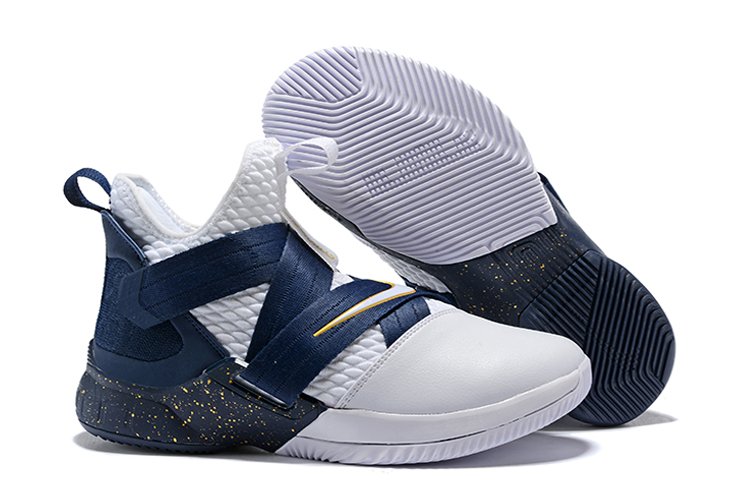