The Undefeated x Nike Kobe 5 Protro “What If Pack” features two new colorways of Kobe Bryant’s fifth signature performance basketball shoe created in collaboration with the Los Angeles boutique. Two colorways, the “Dirty Dozen” and “Unlucky 13” are dressed in the team uniform colors of the NBA franchises that ultimately passed on (or drafted and then traded) Kobe in 1996. The “Dirty Dozen” sports a multicolor look that salutes the twelve teams that opted against drafting Kobe. The other pair, the “Unlucky 13,” displays an appearance with Metallic Gold Swooshes on either side and a splash of teal accenting on the tongue and heel that is inspired by the Charlotte Hornets, the team that drafted and immediately traded “Bean.” All twelve of the NBA teams that decided against selecting Bryant can be found printed in 1996 NBA Draft order on the right shoe of both pairs. The Undefeated x Nike Kobe 5 Protro “What If Pack” includes both colorways of the performance-oriented version of Bryant’s signature shoe with Nike Basketball. 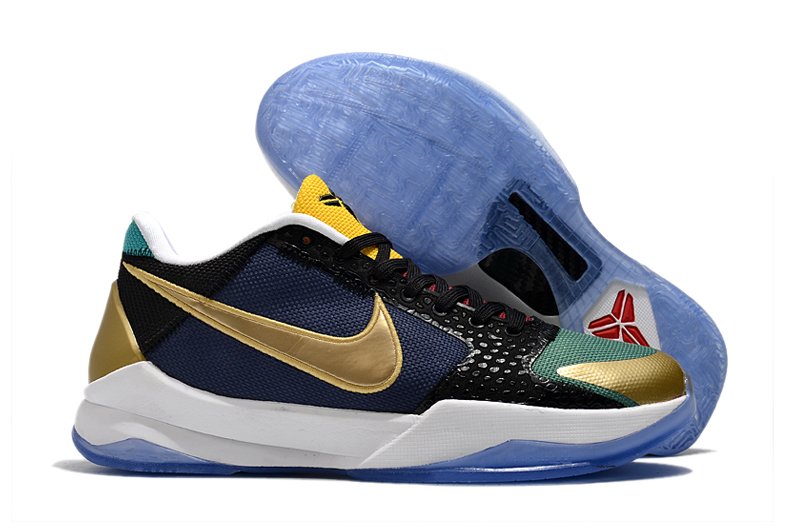