I wrapped this review up a week or two ago but I didn’t want to publish it because it didn’t feel like the right time; I didn’t know what to say or how to say it so rather than write some long epic novel about life, death, and celebrity I thought I’d just post this review. Kobe was never my favorite player but I loved his shoes and Nike did the Protro retro right.

Pros: improved traction, comfortable cushioning, outstanding fit, support and stability, containment, best in class ultra lightweight ..nothing is even close to these in terms of weight

Cons: hard to get, Zoom Turbo really can’t be felt much

Best for: I’d say small light guards but basketball is positional less now so why can’t the shoes be

Weight:
Same as the OG at 12 ounces which is a half to a full ounce lighter than anything else I’ve seen in the last few years. Weight doesn’t matter to me but my first time picking up the OG box I wondered if there was anything inside. Most lows these days weigh about 13-14 ounces for reference. 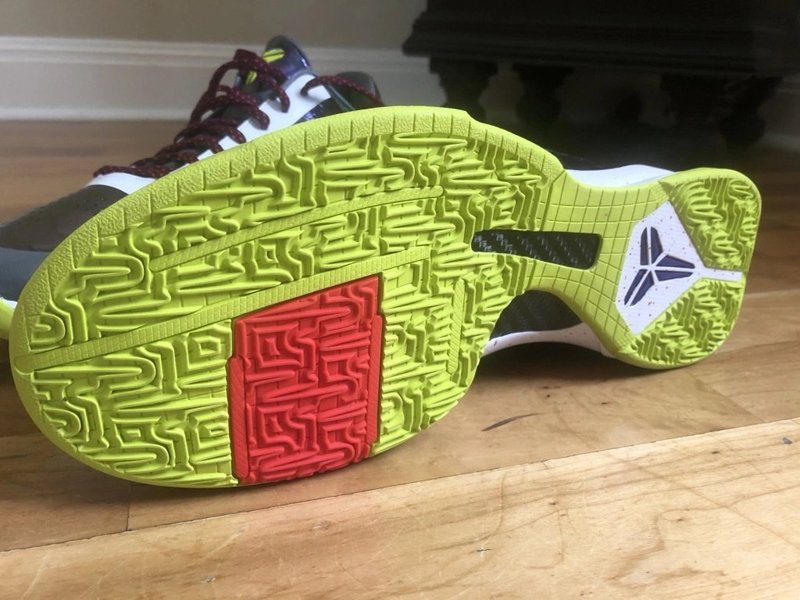 For the first time in a Protro, Nike actually (slightly) changed the pattern on the outsole. There are more points of contact on the Protro to make the traction a a little better..better enough for me to consider sliding these into the rotation. 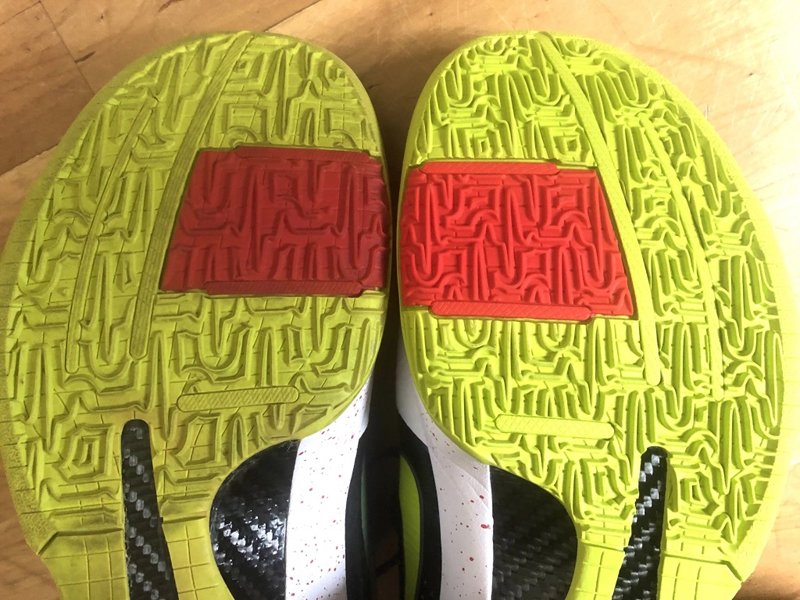 If you look at the pic about it looks like a good 20-25% more contact points. The rubber feels the same as before FYI. Nike slightly dulled the pattern to create even more contact (similar to how I like a worn down Kobe VI).

Thank you improving the major flaw of the Nike Kobe 5 Protro Chaos. 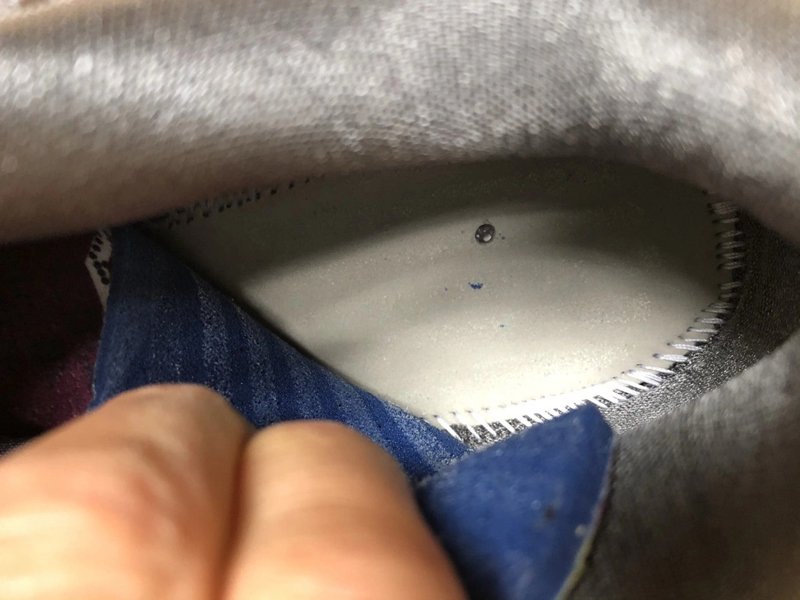 Zoom Turbo in the forefoot…yea that technology shit ship has sailed. Give us one regular shaped bag like the HD16 and we’d get a better feeling shoe. People see the perforations in the Zoom Turbo and think it adds flexibility but the flexibility of the bag is limited by the foam surrounding the bag and to a lesser extent, the outsole and upper so it’s pretty useless. I honestly hard a hard time telling where the Zoom started since it all felt pretty much the same from heel to toe. The good news is the foam feels great with just enough give and bounce to it. However, I can’t say it’s an upgrade because the foam on the OG was pretty soft plus it had a big heel Zoom bag and a met bag in the forefoot. I enjoy having Zoom in the heel but I didn’t miss it in the Protro.

Overall, it’s just a wash versus the OG based on feel. On paper, it’s a little skimpy with the Zoom Turbo. 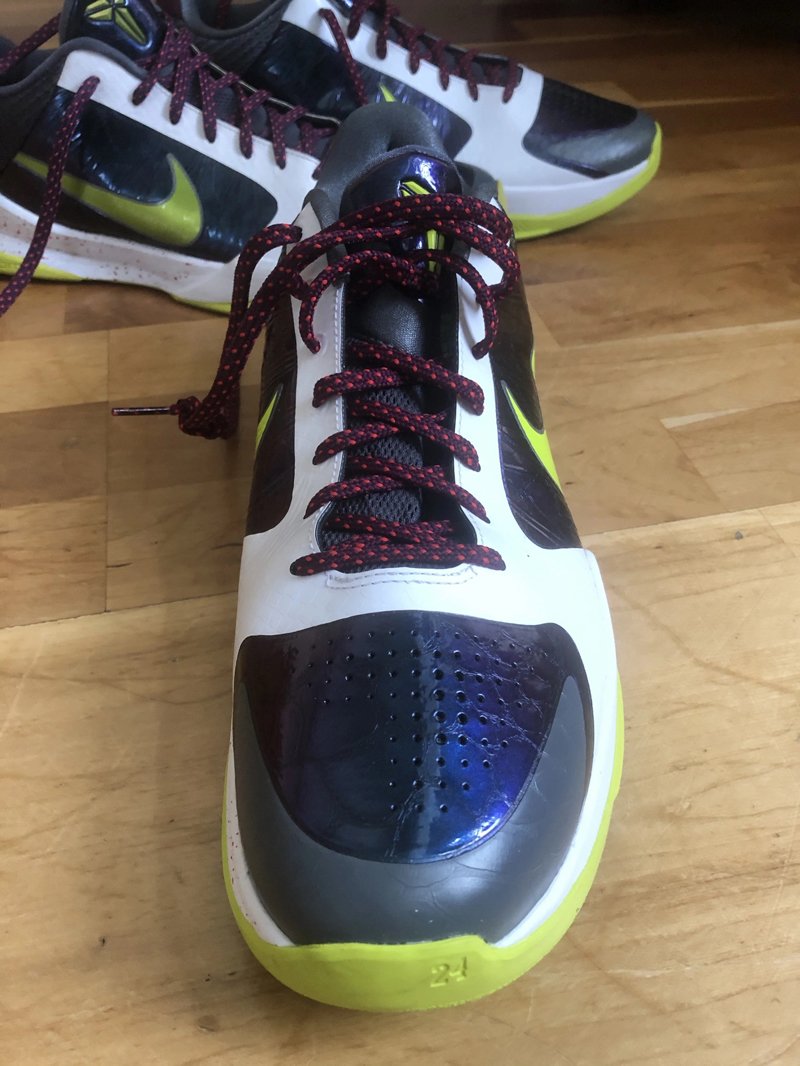 These run smaller than the OG by about half a size. If you like a super snug fit you can go true to size but the safe play is half a size up. I always loved the low profile of the shoe which gives it its sexiness but aside from its looks, it just fits like glove. The fit is fantastic out of the box, just like the OG, with zero heel slip, no movement side to side no deadspace anywhere. No need to poke holes, work the shoe like an accordion, pre wear them casually to break them in or any of that nonsense. The V IS still one of the best fitting shoes I’ve ever worn. Put it on, go play, forget you’re wearing a shoe. 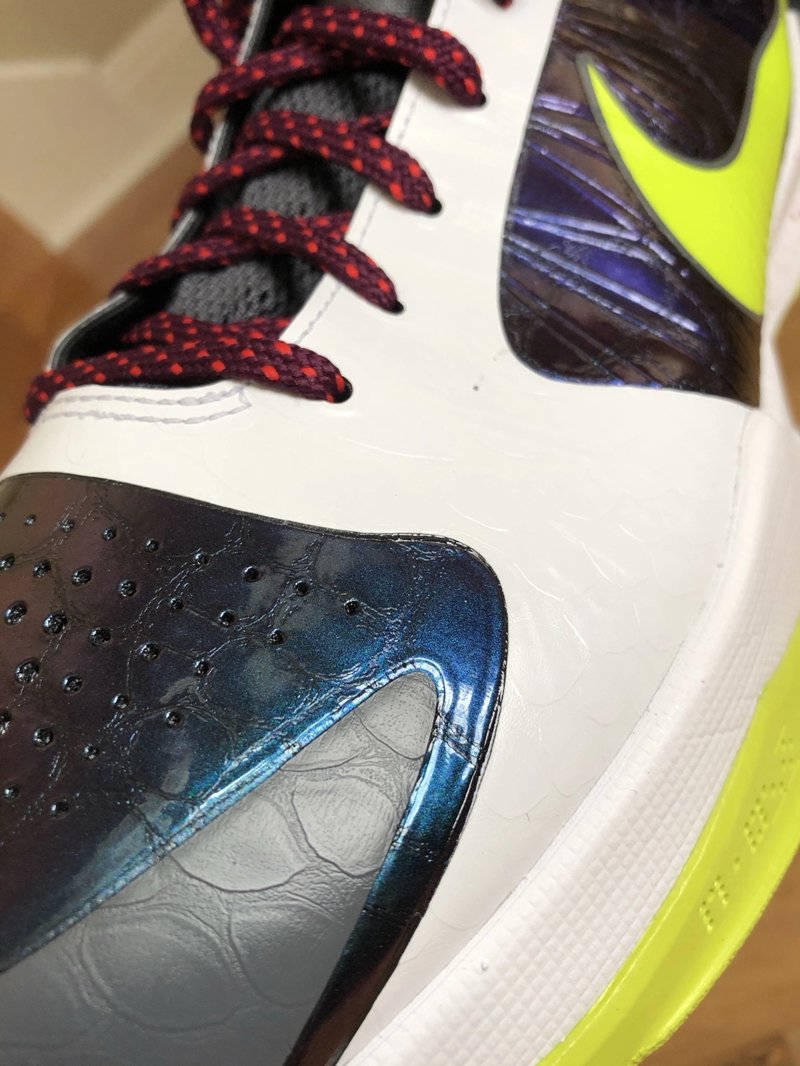 Just Like the OG the upper pops a little bit to start but doesn’t affect play since it’s so thin and pliable (Trojan inspired indeed). It breaks in after about an hour or two anyways. One problem with the OG was that the upper would rip and since the upper hasn’t changed at all, I expect more of the same because let’s face it, quality control isn’t Nike’s biggest strength. Still sexy as hell to look at in this colorway and one of my favorite shoes to just look at of all time. Can show companies merge looks and “tech” or does whack looks sell nowadays ? If so bring back the Dadas

Fit is ridiculously good especially in the heel thanks to a perfect heel fit and a sturdy external heel counter . Hey NB are you listening ? I said sturdy think heel counter. 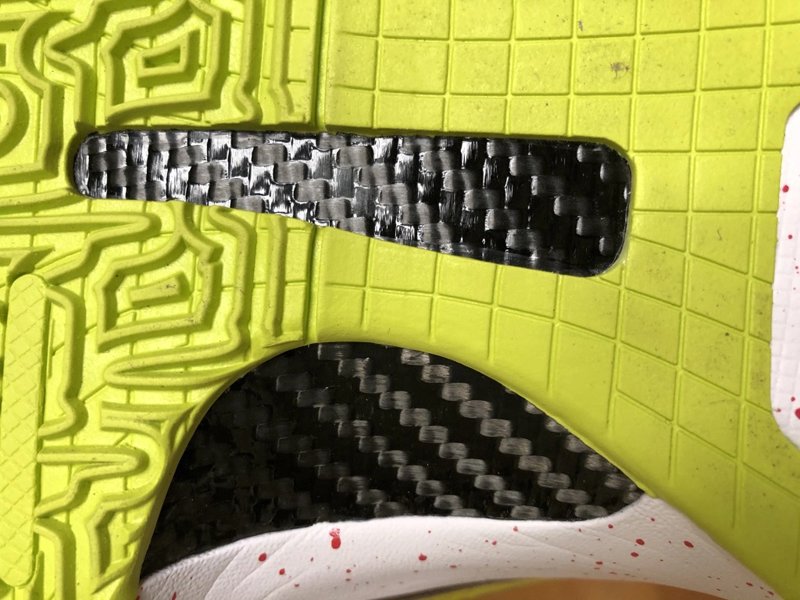 Stability is excellent as before thanks to a forefoot outrigger and Y heel. Hey Adidas and NB take some cues, you want stability in the heel and the Y allows the heel to flex more independently. I always loved this concept. 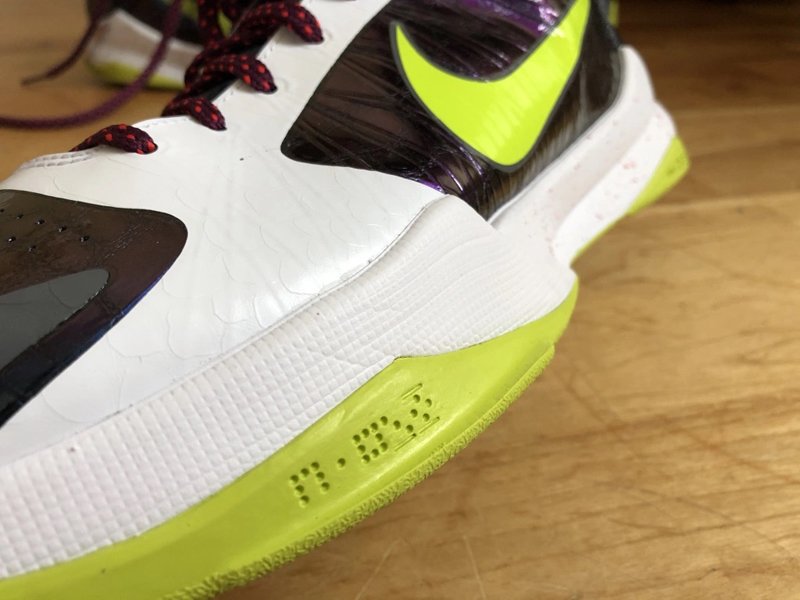 For the first time, Nike made a change that was actually impactful by improving the traction on the Kobe V. However, they also went a little sideways with the cushioning but I’m not mad, it works just fine. Everything else is pretty much the same as the OG sans cushioning which, for better or same or worse, you can’t feel much. Thankfully the foam is forgiving and soft so you have a really smooth and enjoyable ride from heel to toe even if it doesn’t have the Zoom signature feel.

As you all well know, Kobe prices have gone through the roof as Nike pulled all Kobe items off the online store to prevent resellers from capitalizing on his passing so in reality this review is pretty useless unless you want to fork out $400 plus to ball in. If you’re spending $400 bucks, you won’t care what any review has to say because it ain’t about the shoe’s “performance”. People complained and cried about the prices of the Kobe 4 Protro but as I said before, prices, especially with retros, aren’t about tech at all, it’s about nostalgia and connections to the past whether it be watching your hero play in them or reliving found memories of younger yourself wearing them. Jordan retro prices are over $200 on average and the average consumer doesn’t blink an eye, you know why? Because everyone still wants to be like Mike and sex sells. Not many shoes out there that have the significance or memories adults like myself built up in our head growing up. I remember the time MJ dunked from the free throw line or when he hit the shot over Ehlo. (Don’t worry I didn’t see it live, we didn’t have cable so I saw the replays). The same goes with Kobe or any sports figure who has done great things on the court or field or course.

I certainly hope that Nike floods the market with recent Kobe’s to help satiate the demand. Flood the market, make money while making the fans happy and honoring Kobe? That sounds like a win win to me.