Nike’s NBA 75th Anniversary collection is turning into something very special. Featuring designs dedicated to some of the most historical NBA franchises, it’s a no-brainer the New York Knicks would be getting their own pair. Featuring a Black, Racer Blue, Grey Fog, and Orange makeover, the Dunk Low sports a leather design that features black as a base while orange paints the toe and eyestay overlays as Grey Fog covers the ankle overlays. Racer Blue then makes an appearance on the Nike Swoosh logos and the Nike branded heel overlay. Special NBA 75th Anniversary tongue labels are placed in while a white rubber midsole and black outsole complete the new design. 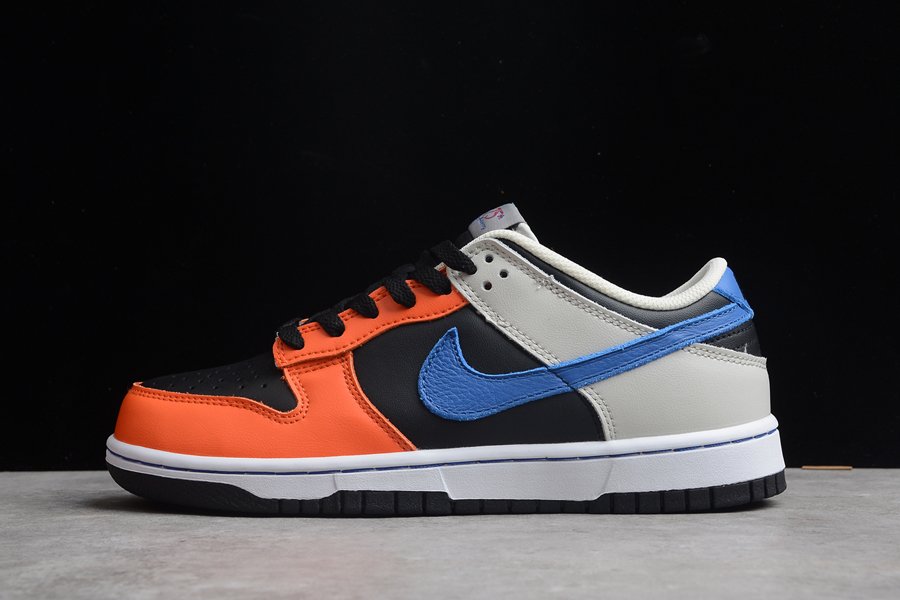