The Air Jordan 3 in the “Knicks” is inspired by one of Michael Jordan’s greatest on-court rivals, the New York Knicks. Long a nemesis and perennial thorn in the side of Jordan’s Chicago Bulls teams, the Knicks provided a constant challenge to the Bulls reign of dominance in the late ‘80s and ‘90s with their swarming defense and take-no-prisoners approach. With too-many-to-name regular season and playoff classics, one game in particular stands out as the source of inspiration behind this design; Jordan’s infamous “Virus Game” that took place during the 1987-1988 season. An inner tongue graphic reads 04.08.88, a reference to the game which saw Jordan fight through a nasty stomach virus en route to a 47-point performance and Bulls victory. The upper consists of a white tumbled leather base with customary elephant print around the toe, mudguard, and eyelets. A blue sock liner with hits around the eyelet, tongue, and Air Jordan branding on the heel round out the upper. Down below, a black, grey, and white outsole with classic Air Jordan 3 branding completes the design. 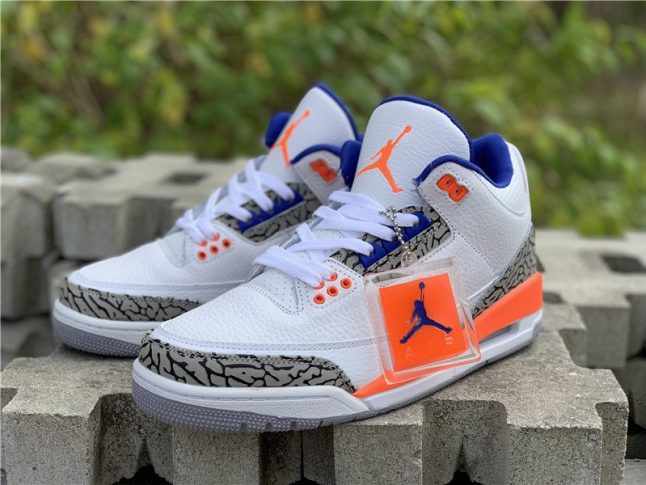 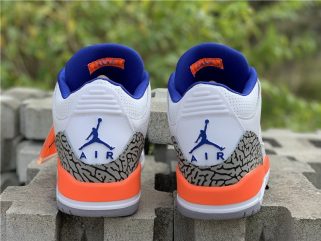 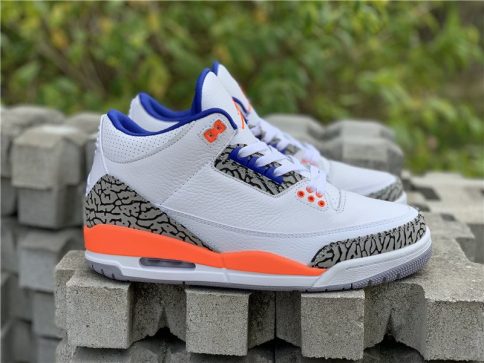 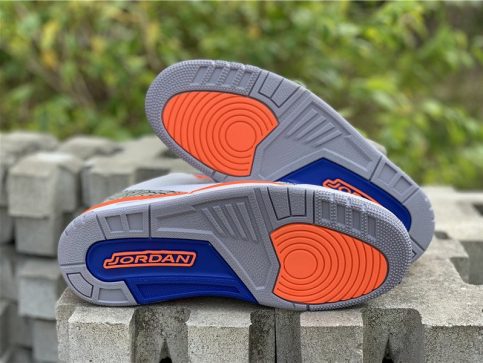 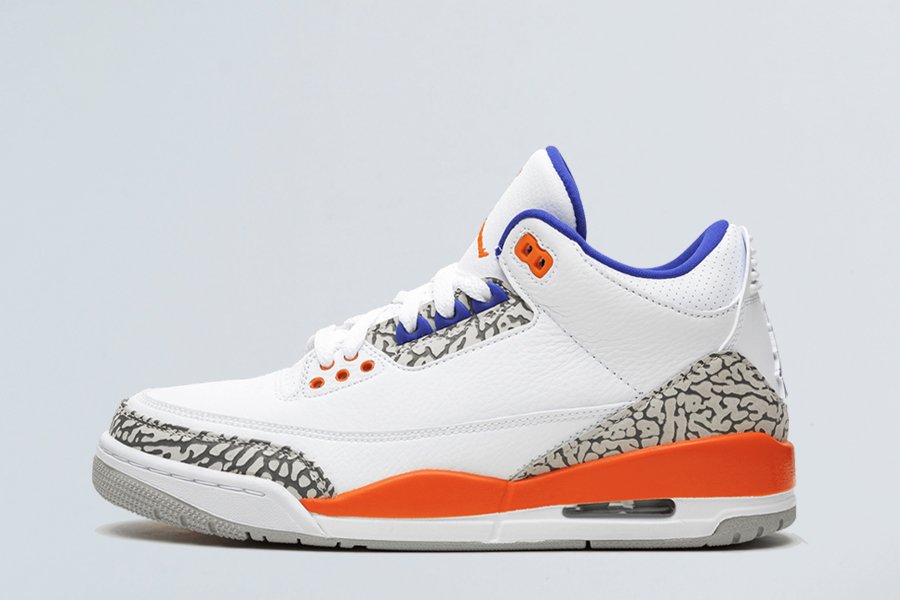